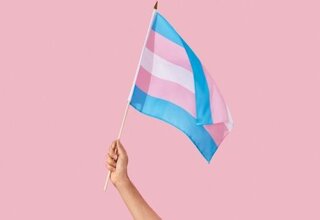 Trans Day of Remembrance (TDoR) is a complicated, difficult day for trans people. The violence trans people face all too often wears us down, and the collective grief from how many we lose weighs heavy on our communities. It’s important that trans people have the space to mourn and commemorate the loved ones taken from us by our violently transphobic society, while also keeping in mind who we’re remembering and why.

The reality of TDoR is that those we lose each year are disproportionately trans women of colour, sex workers and migrants. Transphobic violence cannot and should not be considered independently from the violence of racism, borders and the violence faced by sex workers. These systems of oppression are interlocked, and dismantling transphobia cannot ever be achieved without dismantling the oppressive structures that contribute so heavily to the deaths of 350 murdered trans people this year and the 331 we lost in 2019.

Too often these factors are overlooked by white trans people, and we often ignore who is hurt most by the violence that necessitates TDoR, and subsequently failing to address the other structural oppressions that contribute to most transphobic violence. The murders of black trans women are reduced to rhetorical devices in arguments around transphobia, while racism goes overlooked. Transphobia doesn't exist in isolation. It's interwoven with racism, colonialism, neoliberal capitalism and patriarchy; white trans people need to be actively engaged in radical, anti-racist and decolonial work if we are to stop these deaths and this violence.

How then do we tackle the root causes of the hundreds of deaths that necessitate TDoR each year? Transphobia, and specifically transmisogyny, need to be tackled head-on. Culture war rhetoric from the far-right in particular, coupled with the rhetoric of transphobic feminism, pose a threat to transfeminine people especially. We are painted as dangerous male invaders and a threat to ‘family values.’ The latter can be linked to how racist and xenophobic oppressions should be tackled - they are all part of the legacy of colonialism. Combating white supremacy and promoting decolonisation are essential if we are to end the violence trans people of colour and trans migrants face.

Fighting violence against sex workers means decriminalising sex work. Not introducing the Nordic model and subjecting sex workers to greater police surveillance, but full decriminalisation. By treating sex work as what it is - work - sex workers will be at a much lesser risk of violence. Not having to hide that they are sex workers for fear of arrest and police violence, and guaranteeing sex workers the rights all workers deserve are requirements for making their lives safer.

Higher rates of suicidality amongst trans people than the total population are a widely-reported fact, and improving access to both mental healthcare and transition-related healthcare are two key goals for changing that. Further, transphobia, racism, xenophobia and anti-sex worker discrimination and exclusion are all health issues. Higher rates of poverty amongst trans people also plays a role - we once again return to the fact that the interlocking systems of oppression cannot be separated if we are to dismantle them.

Transphobic violence is not inevitable. But in order to fight it, we need to acknowledge and understand the systems that contribute to it. On this Trans Day of Remembrance, make space for yourself to mourn, but also to hope. We can imagine a better, safer world for trans people, and we know how we can get there. Today we mourn, tomorrow we fight.

For some organisations you can support in this vital work, have a look at the links below: