The government has put students in an impossible situation 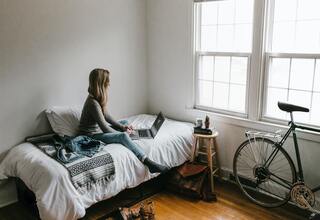 NUS has criticised the new government guidance on reopening university campuses as being too little too late.

The guidance, published around 1am, just two weeks before many students will be arriving on campuses across England, makes little mention of how the government will support effective test and trace, which is one of the clearest ways to offer safety and certainty to students and the communities they are a part of. SAGE and Independent SAGE have both made it clear that we need strategic, scaled up and accessible testing, so the government’s failure to listen to expert advice is deeply disappointing.

NUS has called for structural solutions to enable students to stay safe, responsible and access education instead of scapegoating students for the government’s failure of leadership. This includes providing flexible rental contracts, financial assistance for students facing hardship, investment in online learning and support to students needing to self-isolate.

“Many students will be living independently for the first time, surrounded by strangers, and are being told, in the event of a local outbreak, that they must now remain in that unfamiliar environment. Trapping students in university accommodation, during an already stressful situation, will cause untold damage to their physical and mental health.

“This guidance is totally unworkable and takes a one-size-fits all approach that demonstrates just how out of touch the government is with the practicalities of student life. It is infuriating that in the same breath we’re told we can’t be in groups of more than six people, we must stop spreading the virus, yet we should also get back to university - as if the virus stops at the classroom door. Students want a clear message. We also need decisive, rapid action on testing and to put in place a substantial package of support around housing, health and technology for students to enable them to be safe and able to access the learning they are getting into debt for."

The announcement comes as new research from NUS shows that students’ trust in the government is rapidly decreasing. 67% of students UK-wide disagree that the government has considered their needs during the pandemic, which has risen from 40% in March.