NUS statement on transphobia in Academia 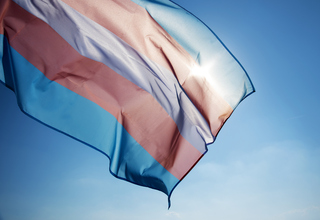 Under the pretence of being “gender-critical”, we’ve noticed the sharp mainstream increase of transphobia within academic institutions. The gender critical perspective is rooted in opposing trans people and trans liberation and is just TERFs trying to rebrand to seem more than just being hateful bigots. The increase has been coupled by the government's argument of free speech in Universities. At the Open University (OU), a “Gender Critical Research Network” has been allowed to be established, OU has adopted to be neutral, and therefore, an accomplice in the face of transphobia and bigotry.

In 2021 alone, multiple SUs and their LGBT+ officers and societies loudly opposed the invitations that were extended to such speakers. Specifically Arts Students’ Union, Oxford Students’ Union. Oxford Brookes & their LGBT+ Society hosted an event at the same date/time as the re-scheduled speaker who sued the University the year prior.

Stonewall recently, along with a new strategy, affirmed their support and active campaigning for trans liberation. Since this news, ‘gender-critical’ academics have started campaigning to boycott the organisation's Diversity Champions scheme citing issues around freedom of speech, Senior Cardiff University staff have urged their Vice-Chancellor to ‘review’ their membership to the scheme. The growing transphobia and backlash against organisations such as stonewall has been coupled with the UK government’s equalities minister also urging departments to leave the scheme. It is very clear that while Stonewall has shown their dedication to trans people, the government, again, has failed to stand with us and therefore, has provided a platform for transphobes.

NUS has, since its founding, supported and been at the forefront of student liberation and this is no exception. We unequivocally support our Trans family and join LGBT+ activists, campaigning organisations, and charities who are fighting for trans equality.