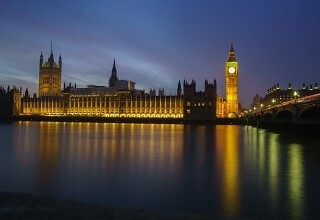 On Wednesday 9th of December, the 10 minute ‘sexual exploitation’ bill passed. This bill was led by Labour MP Diana Johnson and proposes the Nordic Model in England and Wales as a means of tackling sex trafficking. This bill would criminalise sex work, specifically paying for sex and the advertisement of sex services online. Outlawing sex workers’ livelihoods and the services they use to safely advertise and screen clients will further increase the violence and poverty experienced by sex workers.

We would like to start by highlighting that although the bill focuses on sex workers being ‘vunerable women and girls’, sex workers are not all cisgender white women. Many are disabled people, trans people, and people of colour, groups that are disproportionately targeted by police already[1]. For the majority of sex workers, the violence they experience comes from the criminalisation of their work and the absence of workers’ rights. Far from being sufficient to prevent violence against women, this bill creates the conditions in which violence against people who sell sex can thrive.

Despite the calls from various sex work organisations, the bill will go before Parliament for a second reading on 29th January. There have been significant increases in students entering sex work in line with the increase of living costs, tuition and maintenance fees[2]. The Nordic model is not aimed at reducing sex trafficking and instead focuses on the criminalisation of sex work, which is a valid source of employment. Moreover, evidence from France, Sweden and Canada has shown that client criminalisation increases stigma against sex workers when they access service provision[3]. Researchers in France found that racism coupled with anti-sex work stigma was causing social workers to block Black women from the exit scheme, and that applications from Nigerian women were being systematically blocked[4].

This radical change to legislation should be opposed for the following reasons:

In the lead-up to the second reading of this bill in Parliament, NUS affirms its support for student sex workers and the goal of decriminalising sex work. We commit to sharing information by sex-worker-focused organisations like Ugly Mugs, Decrim Now, and the Sex Worker Advocacy and Resistance Movement (SWARM), as well as looking to these organisations to learn what we and our members can do to campaign against the Nordic Model passing in the UK[6]. We stand with all sex workers!

Join the Liberation Committee on their campaign against this bill by joining their Liberation Student Campaigners Network.