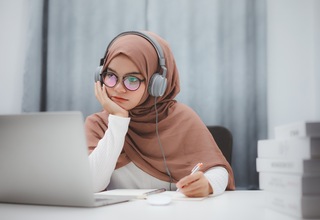 NUS is calling on the Government, after years of false promises and no action, to finally commit to the implementation of an alternative student finance system which would be suitable for Muslims.

Many Muslims are unable to attend university or take on higher education courses because the current interest-bearing loans system, which is required by most prospective students in order to fund tuition, is not compliant to Sharia law. This is completely unfair, as young people from Muslim communities, who are already disadvantaged in education and wider society, are adversely affected. The current pandemic only serves to intensify these challenges for Muslim students further.

The solution is an alternative student finance system, which will allow Muslim students to receive funding through charitable contributions, rather than accruing interest. The Government had sanctioned the introduction of a Takaful based funding structure and stated that this system would have been implemented by 2016/17. But now, many years on, we have had no updates or developments on the matter. The Government continue to neglect and disregard the rights of hopeful Muslim students by ignoring the demand for, and lacking interest on, the requirement for an alternative model.

Over the years, there has been substantial data and evidence collected to support the need for alternative finance. The Government’s research report developed in 2017 suggests that lots of individuals make the conscious decision to not take out a loan, and so the current system is unsuitable and inaccessible to many hopeful students. Research also indicates that individuals are overwhelmingly positive about the proposed alternative model, suggesting it will engage a wider audience even beyond the Muslim community. Despite knowing all of this, and assuring the alternative model would be introduced years ago, the Government still don’t seem interested or committed enough to put the necessary provisions in place.

More and more prospective students are disregarding the opportunity to enter into higher education due to the discriminatory funding system, and it is simply unacceptable; young people should not miss out on university simply because of their religious beliefs.

What can I do?

The issue of Sharia-compliant student finance has been put forward as an amendment in the Financial Services Bill, and passed through the House of Lords and House of Commons. This means that the amendment will go to committee stage for debate later this month.

If you want to take action, then write to the Prime Minister and urge the Government to prioritise these issues around student finance, recognise the importance of introducing an alternative model, commit to a date when the Sharia-compliant system will be implemented, and dedicate energy and resources to make it happen with a matter of urgency. You can use this template letter to sign and send, or write in your own words.

Make sure to spread the word, encourage others to take action and share on social media.