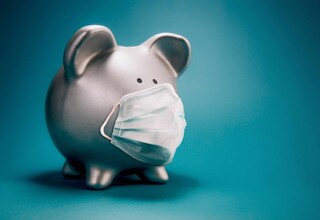 Over a fifth (23 per cent) of students admit to having been unable to pay their rent in full over the past four months, a new survey from NUS (National Union of Students) has found. The costs for housing are overwhelming for many students, and pushing them over the brink, with over a quarter (28 per cent) also saying that they have been unable to pay their bills in full over the same period.

Furthermore 70 per cent of student renters are concerned about being able to pay their rent in the coming year. Those facing a huge amount of uncertainty and disruption as a result of the pandemic; students who are unsure if they are finishing their studies this year, international students, students of colour and students with a disability, were more likely to feel this way, highlighting how the cost of housing exacerbates their worries.

Of the almost two in five students (38 per cent) who have a different address in term time, 32 per cent returned to their term time address following the Christmas break, while 15 per cent did not actually leave their term time accommodation for Christmas. 57 per cent of those who chose to return did so because they had paid for their accommodation and therefore wanted to stay there. This highlights the huge benefit that rent rebates, a key demand of the student movement, could have had to public health at the peak of the second wave.

Looking ahead to next year around a fifth of students (21 per cent) plan to live with friends in a flat or in halls of residence. For those who plan to be in rented accommodation in September 35 per cent have already signed a contract.

“Students have been hit hard by the pandemic, and the exorbitant costs of accommodation are pushing them to the brink financially. Students are often left to fall prey to landlords and accommodation providers’ predatory practices, such as locking them into tenancy contracts up to a year in advance.

“These results show the impact that rent rebates could have had in ensuring students did not return to campuses unless they needed to. Instead of legislating to support students to leave their tenancies early, as they did in Scotland, the government has left students to rely on charitable handouts from universities, hardship funds, and be at the whim of huge, exploitative accommodation companies and private landlords unwilling to offer rent reductions.

“Students deserve better than to be left to fall through the cracks in support and we urgently need a true student support package to put money back in students’ pockets now. Moving forward, we need to see an overhaul of the student funding system, through the reintroduction of maintenance grants that can properly support us, and radical reform of the private rented sector through the Government’s promised Renters’ Reform Bill to ensure this never happens again.”

The Coronavirus and Students Survey phase IV took place in March and involved over 5,800 students, building upon the previous research issued by NUS in March, July and November 2020.